Cathedral of the Horse

Felipe II, the Spanish King on whose empire the sun never set, founded the Cordoba Royal Stables in 1572 "in order to breed sturdy horses for the service of the Royal House". Its construction was commissioned to Diego López de Haro, Chief Knight in the court

The building was constructed next to the Castle of the Christian Monarchs, where it still stands to this day, and all this time has been used as a centre for breeding horses. Between 1842 and 1995, as headquarters of the renowned 7th depot of Army Stallions, it was used as a Cavalry barracks and a horse breeding centre. Over a hundred top quality Andalusian and Arab horses were reared here, and were used for drawing carriages, dressage and inseminating mares belonging both to the military and to civilians.

The original Royal Stables were destroyed in a fire in 1735 and were immediately rebuilt between the reigns of Fernando VII and Carlos III, whose shield graces the main door.

The poet García Lorca called the building a "Cathedral of the horse", and the stables are certainly the most interesting part of this great building, whose design features three long naves with cobbled floors and vaulted ceilings, supported by brick arches and solid stone columns delimiting the horse boxes located on either side.

Currently, the Royal Stables are the venue for the "Passion and Spirit of the Andalusian Horse" Equestrian Show, which is a dressage show recommended for all audiences. 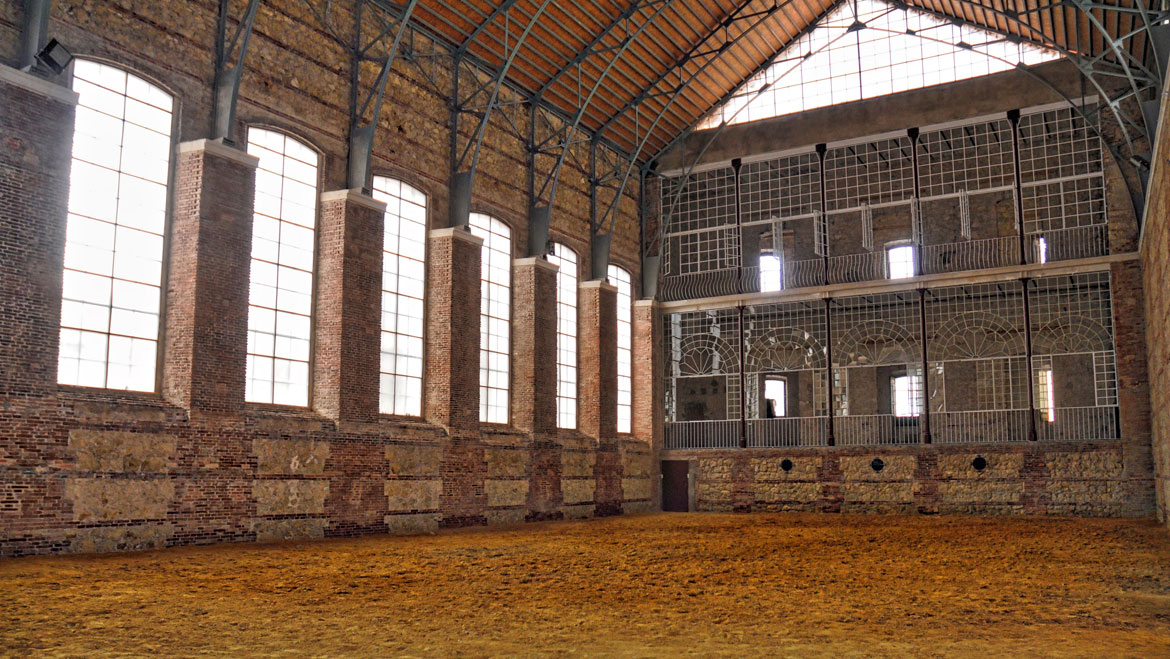