In 1903, remains of Arabic baths were unearthed by accident in the area known as Campo de los Santos Mártires, but they were covered over again soon after. However, between 1961 and 1964, a group of Cordoban archaeologists started digging the site again and revealed the sheer size and importance of the find.

These baths were called hammam, and were situated next to what used to be the Omeyan Castle, which it was most likely attached to, and were one the biggest baths of their kind in the city. Ritual washing and personal hygiene played a fundamental part in the lives of Moslems. Washing was carried out before prayer, and was considered an important social ritual.

The baths were built during the reign of the Caliph Alhakem II, and are made up of a series of rooms with walls made of solid stone blocks. The ceilings were vaulted (with their characteristic star-shaped openings), and supported by semi-circular arches with marble pillars and capitals.

From the 11th to the 13th centuries, the baths were used by the Almoravid and Almohad rulers. Panels of decorative plasterwork with floral designs and borders with Arabic inscriptions survive from this period, which are now on display in the Archeological Museum.

INFORMATION AND BOOKINGS:
-Online Bookings
-At the Tourist Information Points
-Desk of the Caliphal Baths 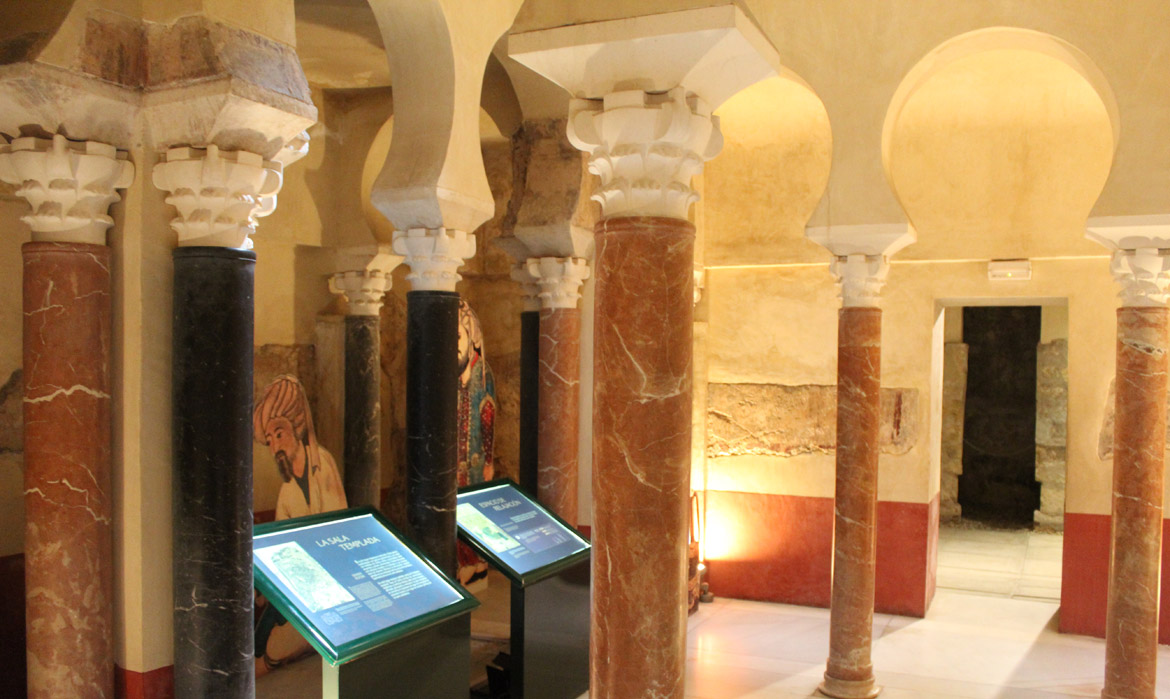