The Arabic Baths whose remains survive in calle Velázquez Bosco, very near the Mosque, were possibly built in the Mudejar period on the site of a 10th century washing room connected to the Great Mosque of Cordoba. They are now part of private house, and are open to the public for a small entrance fee.

These baths are rather small, but are a perfect example of this type of Hispano-Moslem building. The present-day hallway was originally the changing room or rest room, bait al-máslaj, and led to the cold water room. The al bait al-bárid (cold room) has undergone several alterations, and is now an open courtyard. The vaulted ceilings and the pool are lost, but the original galleries still remain with horseshoe arches and capitals from the Caliphal period.

The hot room, al bait al-sajín, is rectangular with a barrel-vault ceiling, and the recesses in the wall which contained the hot and cold water baths still remain. Just next to this room, at a depth of ten metres, is an elliptical-shaped water cistern. 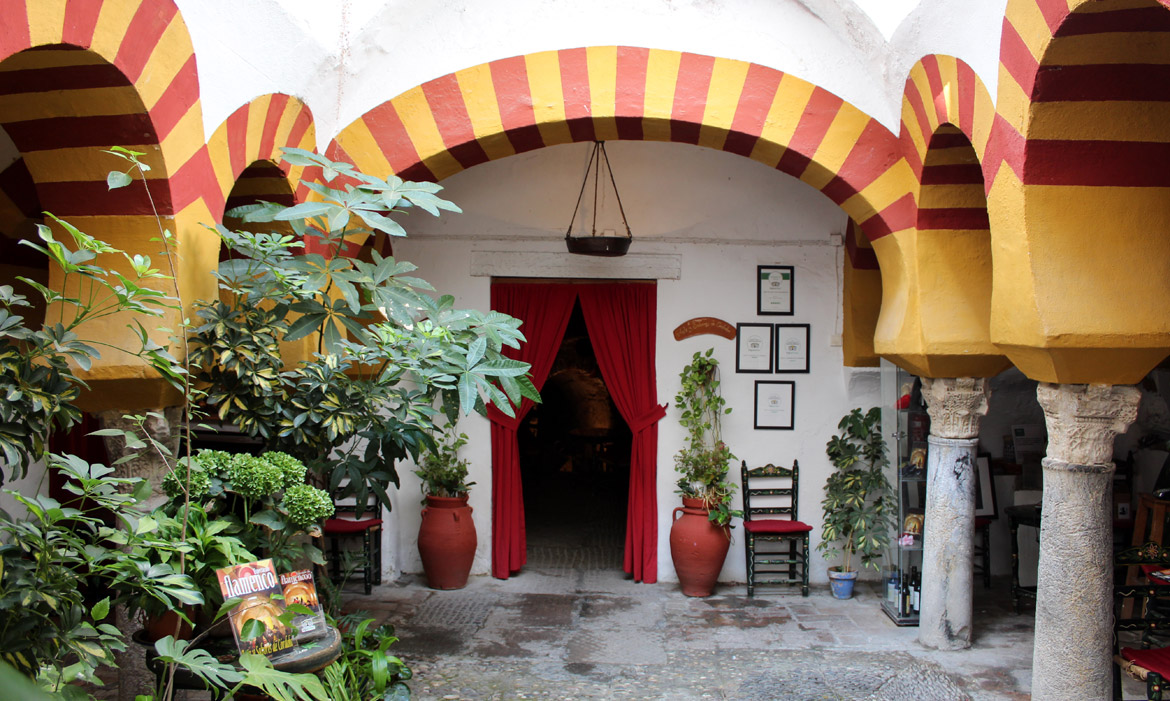