Home / Places to visit / The Gate of the Bridge

The Gate of the Bridge

The Gate of the Bridge

This gate originally formed part of the city walls, but from the Christian conquest onwards it became a gateway, known then as the Algeciras Gate, where the road leading south out of Cordoba started from. In the 14th Century, Hernán Ruiz III redesigned the gate to mark the visit of Philip II to the city, and gave it the grand, monumental style which survives to this day. It is made up of three sections, with fluted columns at each end, and the centre opening topped with a lintel and a curved pediment. At the turn of the 20th century, the surrounding buildings were cleared away and the ground was lowered to restore it to its original height.

Nowadays, The Gate of the Bridge is open to the public. The visit includes admission to the permanent Exhibition Room, illustrating the history of the Gate in words and pictures, as well as access to the balcony on the top floor, which affords excellent views of all the other monuments around. 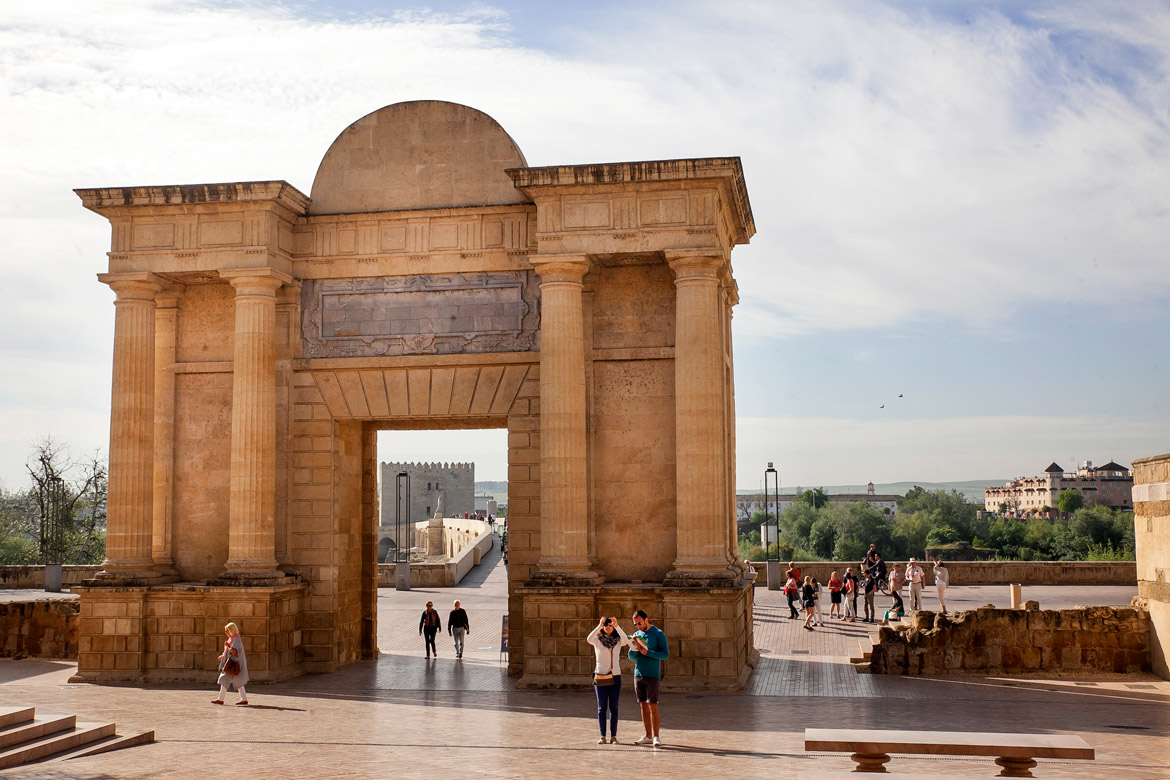