The ‘Trueque Cuatro’ Visitors’ Centre for the Courtyards Festival (known as “Patios” in Spanish) is a domestic courtyard imbued with the festive tradition of Cordoba, a place to spread the idea that the Festival of the Courtyards is a festival of the everyday folk who have lived in these courtyards for centuries, and an expression of the identity of a whole people.

The ‘Trueque Cuatro’ Visitors’ Centre for the Courtyards Festival was founded to mark their declaration by the UNESCO as Intangible Cultural Heritage in 2012. This “intangible culture” refers to the two weeks in May when the courtyards of private homes are altruistically opened to the public by their owners, which is known as the Festival of the Courtyards (Patios) of Cordoba. It is a time when the owners share their courtyards with the community they belong to.

The ‘Trueque Cuatro’ Visitors’ Centre for the Courtyards Festival focuses primarily on people. The intangible culture declared by the UNESCO as World Heritage refers mainly to the recognition of the human values involved in the lifestyle centred round a domestic courtyard and the expression of a people in a festival which is a hallmark of their identity. 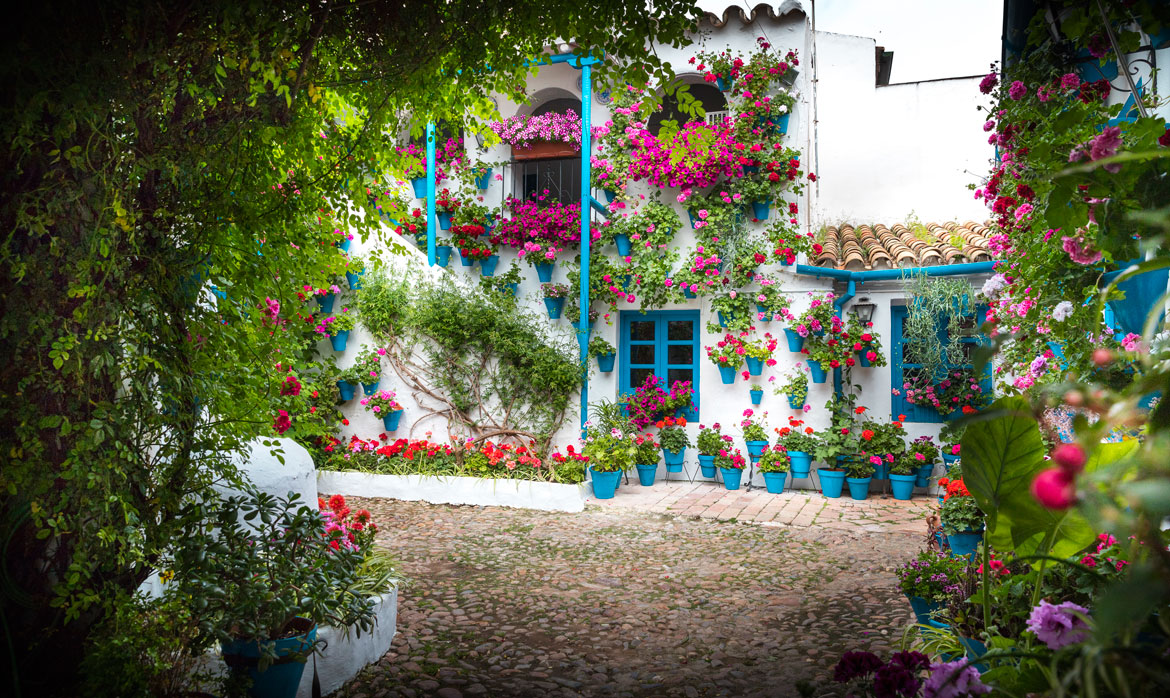 The most characteristic houses with courtyards which take part in this festive tradition are the main players in this role of intangible culture and form part of the collective memory of an entire people. The houses with courtyards which over the years have been home to countless families in rented accommodation are known as “casas de vecindad” (neighbours’ houses), and represent for Cordoba a patrimony of priceless ethnological value. This is why the Visitors’ Centre has conserved the courtyard of Calle Trueque Nº 4 as the most important feature of the house, in all its original glory. It also shows how the courtyard has evolved over time and the changes made to the house, which helps to explain the history and evolution of the hundreds of ‘neighbours’ houses’ which originally gave rise to the Festival of the Courtyards (Patios) of Cordoba.