Calle Cairuán, close to the Castle of the Christian Monarchs, leads us to the Almodóvar Gate, which is mainly of Christian construction and dates from the 14th century. In Moslem times, it was known as Bad al-Yawz, and it is the only surviving gateway into the city of the nine built by Abd al-Rahman I. The restoration work in 1802 preserved the battlements and the walkway in their original form. Just in front there is a statue of the Cordoban philosopher-playwright Seneca. 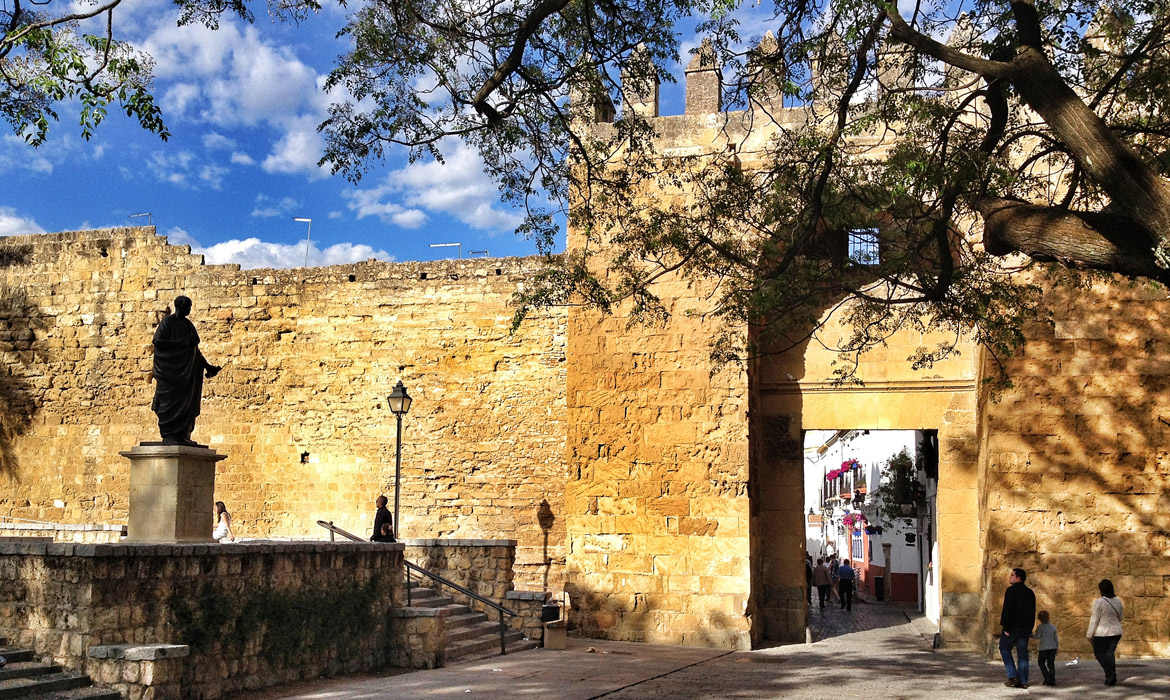