The view over the Mosque-Cathedral, with the river, the Gate of the Bridge and the Roman Bridge of Cordoba itself, is one of the most wonderful sights of Cordoba, especially at dusk, when the last rays of the sun linger on and make the stone surfaces glow a deep golden red. The bridge was first built in the 1st century A.D., but has been rebuilt many times since then, and in its present form dates mainly from the Medieval period, with the latest changes being made in 1876. There are sixteen arches, four of which are pointed and the rest semi-circular. Halfway along the railing on one side is a 16th century statue of San Rafael by Bernabé Gómez del Río. 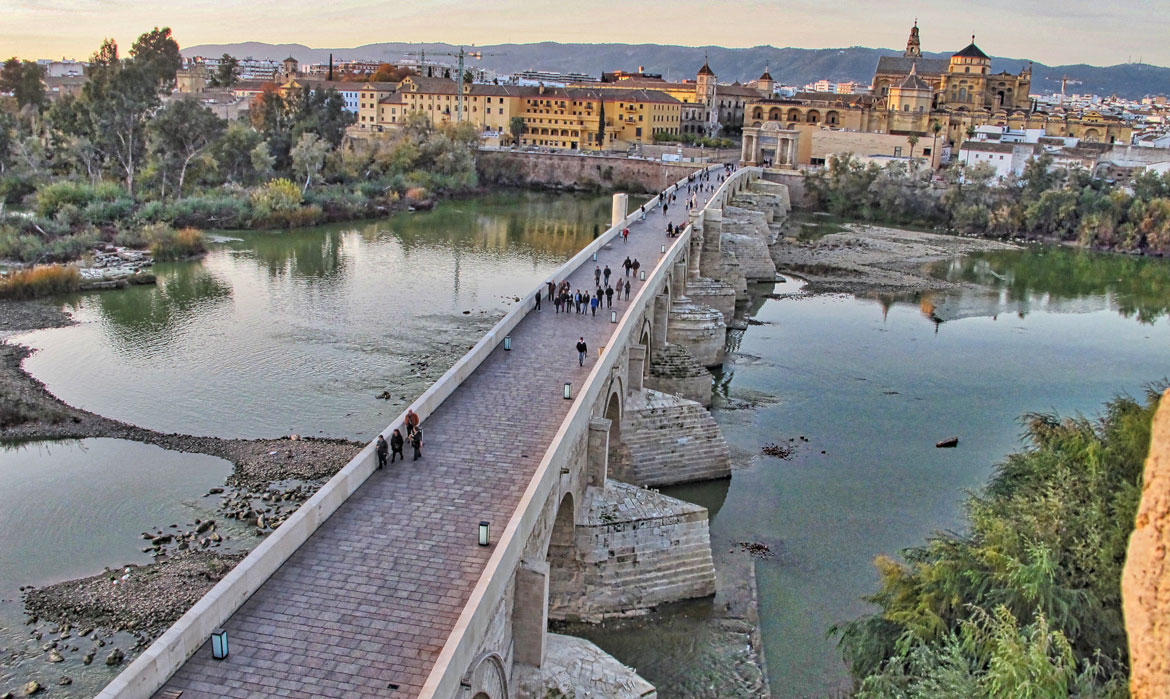