This stately home, built in the 18th century by Francisco Hurtado Izquierdo, has carried out a wide range of functions since it was built, from a school for poor children to a hospital for the terminally ill, and nowadays it houses the Philosophy and Arts Faculty of the University of Cordoba. The impressive Baroque façade leads to the different halls distributed around two central courtyards with arches, the biggest of which has a wonderful marble fountain. The main staircase leads to the second floor. The long corridors have small windows on which, to this day, the names and dates of the patients of the former hospital can still be seen scratched on the glass. The Chapel of San Bartolomé, a fine example of Gothic-Mudejar architecture, is in another part of the building. 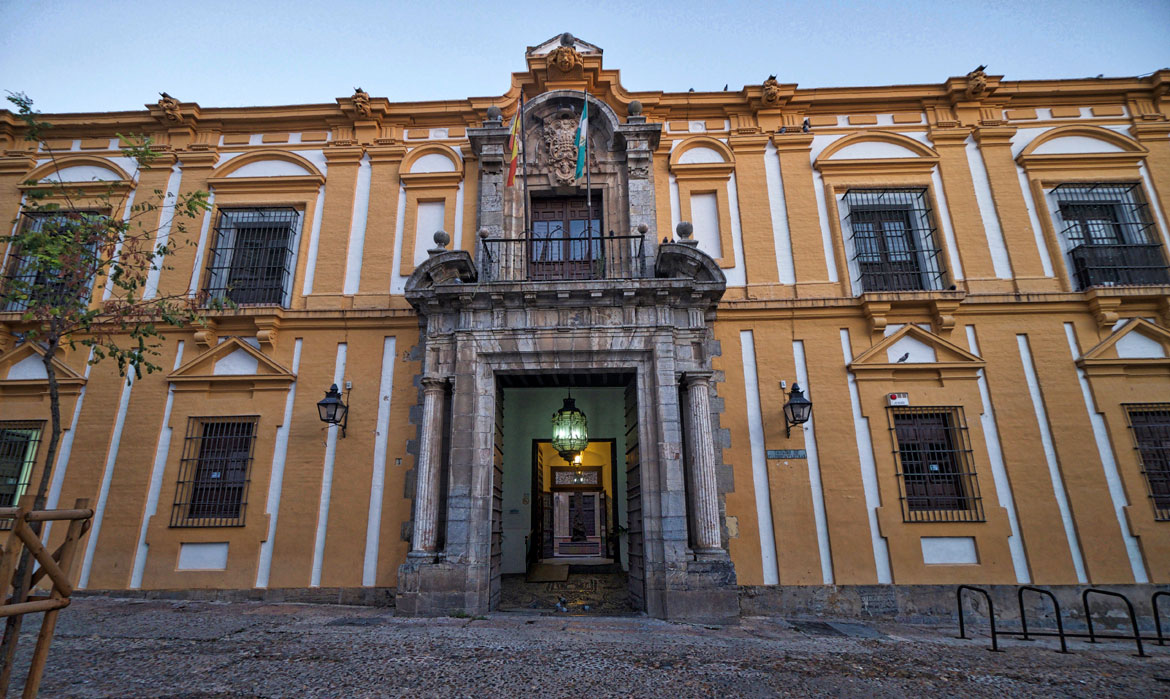