Visiting Patios of Cordoba all year round: Click here 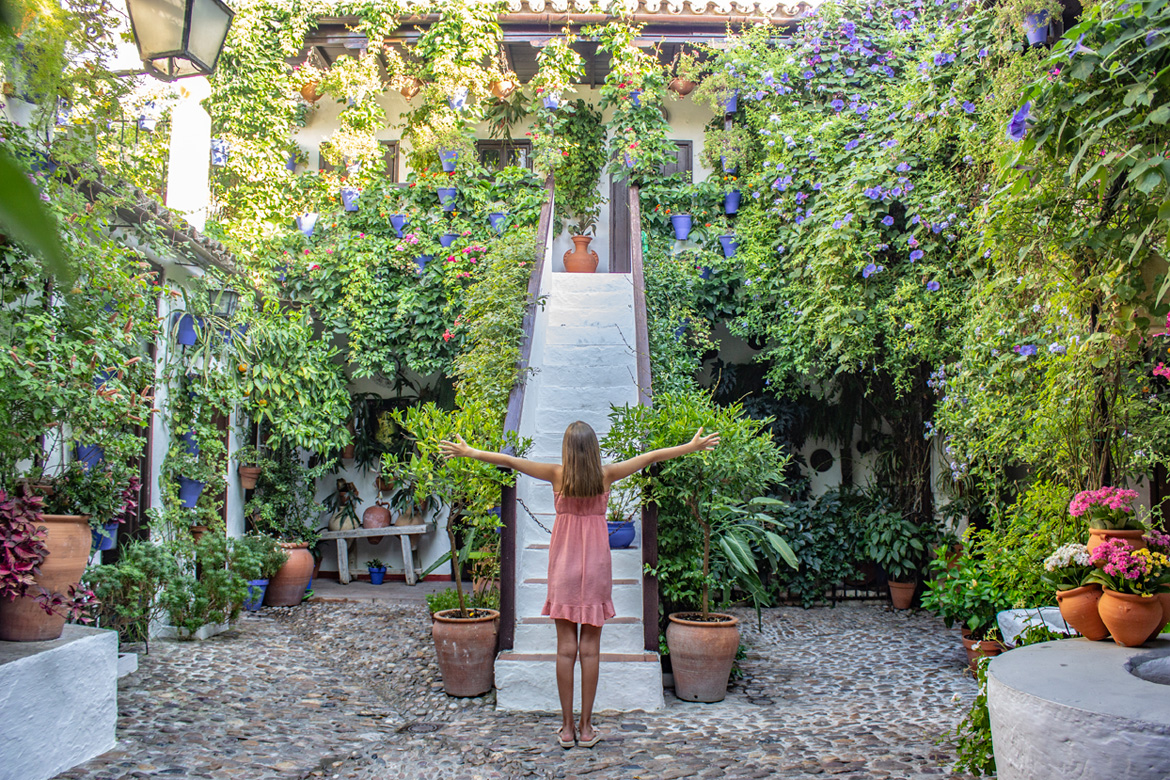 WHAT ARE THE COURTYARDS?
**In the list of Intangible Heritage of Humanity of Unesco since December 2012**
A courtyard is an outdoor space in a house that provides lighting and ventilation to the other rooms. In addition, its accessible location makes it a communal area, the centre of family life.

Due to the hot, dry Cordoban climate, the city’s inhabitants, - first the Romans and later the Moslems - adapted the typical design of the popular house to their needs, making the home centre around an inner courtyard (patio in Spanish), normally with a fountain in the middle and often a well to collect rainwater. The Moslems made further adjustments, giving the house an entrance from the street which passed through a porch, and filling the courtyard with plants to give the sensation of freshness.

TYPES OF COURTYARDS
As each courtyard has its own unique architecture (the product of diverse historical evolutions), establishing typologies is an arduous task. However, in general, the courtyards are divided into two basic groups:

WHERE ARE THEY?
The most characteristic district is the Alcázar Viejo district, between the Alcázar and the parish of San Basilio, although there are also many in the districts of Santa Marina, around the church of San Lorenzo and near la Magdalena. Just around the Mosque-Cathedral, there are also very beautiful old examples of courtyards in the old Jewish quarter. One of the most beautiful courtyards of all are to be found in the Palace of Viana.

COURTYARDS COMPETITION
Since 1921, the Town Hall has organised a competition of Courtyards and Crosses in the first week of May, and the owners decorate their houses with many flowers planted in beds and pots, which either hang from the walls or are placed on a paving specific to Cordoba to try and win the prestigious award offered by the authorities. A festival runs in parallel with a number of performances by the best singers and dancers on the scene, while the local fino wine from Montilla-Moriles flows freely and delicious tapas are served.
It is thanks to these events that the Cordoban courtyard is becoming more and more important in popular festivities, and helps the general public to celebrate and welcome these festivals with enthusiasm and hospitality.