This fascinating building, situated in the square which is also named el Potro (the colt) gives us a remarkable insight into popular 14th and 15th century housing. They were known in popular jargon as corrales (yards), and were arranged around a communal courtyard with a well in the middle. It was one of Cervantes’ favourite haunts both in his works and in real life as well as staying here, some scenes in his works are set here too.

The Posada del Potro (Inn of el Potro) - “Fosforito” Flamenco Centre has recently become a new venue for the performance, production, research and dissemination of Flamenco.

The Centre revolves around two main areas:
-A venue, the Posada del Potro, a 14th century neighbour’s courtyard which was used as inn right up until 1972, with its long history and cultural relevance
-A Flamenco singer from Cordoba, Antonio Fernández, known as “Fosforito”, one of the most universally important Flamenco artists

The Posada del Potro “Fosforito” Flamenco Centre is the only centre in Andalusia dedicated to these characteristics of Flamenco, being both a venue for performances as well as a museum for promotion and exhibitions.

A journey through time takes us from the birth and evolution of Flamenco up to the present day, through the different elements which make up the cultural uniqueness of Flamenco. The aim of the Interpretation Centre is for visitors to leave the building with more knowledge about Flamenco and above all with curiosity and interest to learn more. The museum hall covers topics like the origins of Flamenco styles, genres, styles, instruments, artists, costumes and links with other cultural aspects. 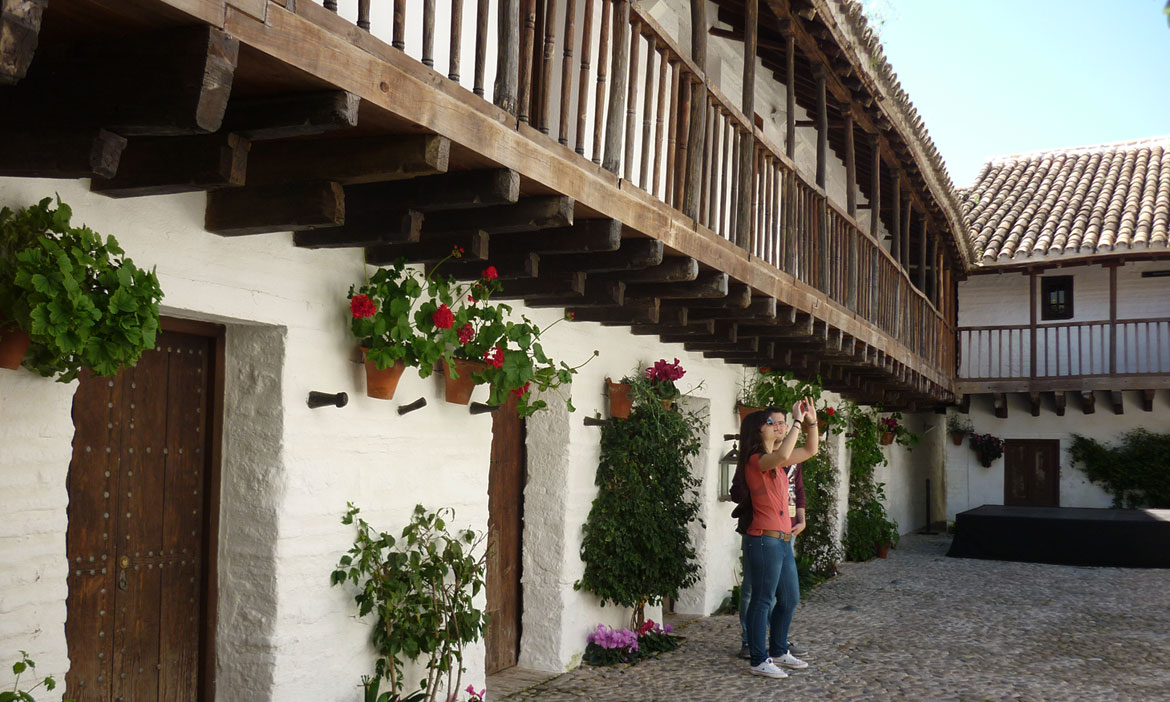